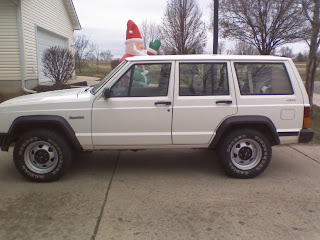 lover, lover.
Every time I sit down at my computer to blog I get half way through and then quit. I can't do it, I really can't. I don't know why! I love to talk, it's what I do best. Well, some people might disagree on that one, but that's because they just don't appreciate a good conversation. And I'd like to think that I do have interesting things to say. Whenever I talk to people I never see them rolling their eyes, yawning, looking away, etc. In fact, I've had people tell me I'm fun to talk to. I just can't quite... But I will do it! I'm going to finish this blog, post it, and NOT delete it. I promise.

Okay. After many minutes of brainstorming I think I've got it.

After many years of sitting around in my bedroom (friend's bedrooms) complaining about how it sucks to be fifteen (fourteen, thirteen, etc.) I've finally reached my junior year in high school. We're sixteen, yeah baby! I'm not going to say it's different than I expected it to be, because it's totally not. So far, (I say so far because I've only been sixteen for four months) it's been pretty much as I dreamed it would be. Not completely though, nothings ever EXACTLY the way you think it is. But then again it is different. There was this girl who I'd been friends with ever since I started at my school way back in the fifth grade. We knew everything about each other. I honestly don't think there was one thing about my life she didn't know, and vice versa. And then one day everything just, changed. All right, not one day. Looking back now I see that it was slowly happening over time. The way those things usually do. I started doing more things with other people, time began to escape my fingers, I heard she was saying stuff about me, and then silence. Nothingness. It was like there was this wall built between us that neither of us could breach. Basically, it fell apart. It's sad, it truly is. I loved this girl as my own sister. It's also sad because I don't feel anger, hatred, hurt. All those things that show you still have emotion for the person. I feel indifference, the opposite of love. I've changed, or grown up rather, and she's different too. We just don't mesh anymore. As I said it's sad, but sort of a release. I don't feel like I have to pretend anymore, which is worse in a ways.

It's weird, realizing this. I'm growing up. Just a few months ago I would have been all over this drama like a mouse on cheese. I mean I LIVED for drama, it was like the air I breathed. And now I just try to avoid it like the plague. Really, though, who has time for it? There's just too much to do and see to worry about who said what, she did this, I didn't do that. I can feel myself crossing the threshold from infinite childhood. I say crossing because I know I haven't crossed it. I do things I maybe shouldn't, I act a certain way that really isn't acceptable sometimes. Maybe that's a good thing though, I don't think I want to ever really be fully grown up. To me, it sounds awfully dull. I love my adventuresomeness, my spontaneity, my drive. I hope to God I never lose these. I like that I've grown up, matured, yet I still know how to have fun and let loose. For some people it's one or the other: either they have a stick up their butt or they just don't know how to act mature when the situation calls for it. I like to think I'm somewhere in between, and I hope to stay there once I reach my full maturity.

Words of Wisdom: Never buy torn up jeans. Cheap jeans, sand paper, and a washing machine will do.

Labels: and now Kate will attempt to make her self un-ghostlike

Every twist and turn will lead to you. 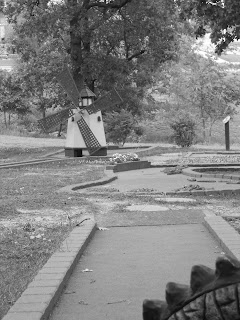 This course that I've chosen is the hardest one. Full of obstacles meant to discourage the lion-hearted. A dragon to breathe fire and lies, an army of gnomes to block the path and protect the keeper. The wide mouth of the clown is only a distraction, a hidden tunnel will help to avoid this irrelevant character. But I know what lies at the end of the course, into the windmill and up the tower. I will battle my way through, just to get to you.
Posted by Kate at 6:38 PM No comments:

Labels: future, love, one and only

It's sad to say, but I've come to the realization that some friendships just aren't meant to last. They call friendship a flower, it's a beautiful thing. It blossoms and flourishes to become a colorful, magnificent flower. But like most flowers, it will wither and die. Maybe that's just how they are, but I find it hard to believe that it's meant to be that way. Once it withers, though, there's no going back. Things are said, looks are exchanged, that you can never take back.

People grow and change. I had always been told that as I grow older I would most likely grow apart from people I called my best friends. I never listened to them, I thought they were wrong. There was no way that could happen to us. This wouldn't be the first time I'm wrong. As a matter of fact we did change. I, for the better, all though I know she disagrees. We no longer see eye-to-eye, she thrives on the drama she denies she created. I leave my seeds of secrets to people now closer to my heart and mind. I know she resents that, but how should I trust someone who talks behind my back?

I don't want to lay the blame on either side, I know that isn't fair. But I think that if she really had wanted to save the friendship we had, she should have came to me. It is not all right to talk to others, without talking to me, and tell how it's all my fault. It is not okay to go to Facebook and make an accusatory status about me. It may not have been direct, but everyone was aware of whom it was about. Come to me first, if you really wanted to fix it. I cannot honestly believe you cared all that much.

I've come to the conclusion that this flower is dead. The petals are shed, the stem is dry, and the colors have faded. I never thought that I would say this, but it's kind of a relief. I know where I stand. I know who I am. I think she should know that I've moved on from our friendship. After all that's happened I don't think it could ever be the same. So let's just part ways and leave things be. We're older now and I really don't find all this drama worth the hassle. I smile at the thought of all the good times we had, and, in the end, that's what I'll remember most.
Posted by Kate at 4:30 PM No comments: